A national war memorial song and a tribute to the ANZAC spirit of mateship, courage and sacrifice.

Over 100,000 Australians have lost their lives in the service and defence of our country. Along with their mates, they’re marching once again, in the towns and cities, across our great land.

The song is timeless and honours the memory of those who have died in the service and defence of Australia in war. The marching theme of the song is especially powerful and supports the spirit of ANZAC Day. The song does not glorify war or endorse conflict of any kind. The song simply highlights the sacrifice of many Australians who died in the service and defence of our country in war.

The song is also requested to be used at veteran funerals. Our YouTube Channel has over 3 million video views, with most viewing videos relating to the popular song. The song is suitable for ANZAC Day and Remembrance Day.

The song has touched many people’s hearts over the past 17 years, and at this very special time in Australia, the author and copyright owner of the song has made the song available for free.

Also, the featured video on the song’s download page, titled “Free ANZAC Day Video – With Australian War Heroes Song”, can be used for commemorative purposes for free, without the need to ask the author and copyright owner for permission. The video cannot be altered or changed in any way. 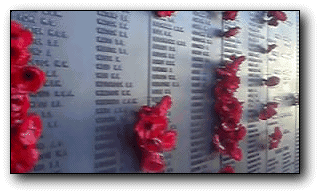 If you haven’t yet visited the Australian War Memorial in Canberra, then it’s highly recommended that you do. The Australian War Memorial commemorates the incredible sacrifice of men and women who have served Australia in war. It is a place where you can fully appreciate the cost of war and its effect on the lives of many Australian families throughout our history. If you are into Australia’s history, there is no better museum where you can see our war history in great detail.